The League strongly endorsed the objectives of a Commission appointed to revise Title 40, County and Municipal Statutes. From the Commission's recommendation came a new Fiscal Affairs Law for municipalities and a revised Budget Law and Bond Law.

The creation of the Police Training Commission in 1961 has been counted as another League accomplishment. The League felt that adequately trained municipal policemen were essential; and the Commission was established to develop basic standards and to supervise instruction at locations around the State.

The need for expanded office facilities brought about relocation of the League's headquarters in 1963 to 413 West State Street.

Assessment and tax reform proposals have loomed large in the history of League legislative activity over the decades. The organization originally supported the familiar County Uniform Assessment Ratio Law when it was enacted as Chapter 51, P.L. 1960, and unsuccessfully fought its postponement for several years. However, a flurry of amendment activity took place in 1963 and 1964, which radically altered some of the basic aspects of the law. The League and other municipal interests were finally able to restore a vital provision setting a 20% floor on the depreciation of business machinery and equipment which became part of the final version when it took effect in 1965. 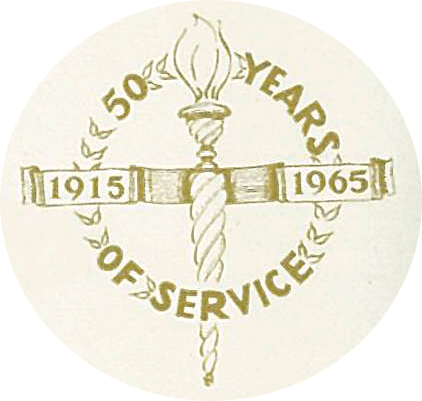 By the late 60s, revenue sharing between federal, state and municipal governments became the focus of major policy. In 1966, the State's first broad based tax (the Sale and Use Tax) was enacted, yielding $25 million in revenues for municipalities. These revenues provided partial relief to the long since overburdened local property taxpayer until 1974 when the distribution was summarily terminated. League efforts to have the funding restored were unsuccessful.

Reform to NJ Employer-Employee Relations Act: Chapter 303, P.L. 1968 created a board of mediation and the New Jersey Public Employment Relations Commission to provide mechanisms for the prompt settlement of labor disputes, in order "to promote permanent, public and private employer-employee peace and the health, welfare, comfort and safety of the people of the State."

Having lost its lease in 1969, the League's offices were moved to 433 Bellevue Avenue, the location from which the organization operated until its next move in 1979. 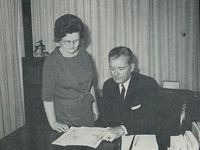