In 1911 a series of meetings took place among a group of New Jersey's mayors, who worked together with the purpose of aiding the cities of Paterson and Passaic in their controversy with the Public Service Corporation of New Jersey for ninety-cent gas. As a result of these meetings, the mayors involved realized the very real need for a permanent centralized organization for municipalities.

Clinton J. Swartz, Trenton's Tax Collector, was dispatched by the mayors of Paterson and Passaic to several national conventions of municipal officials. At these meetings Mr. Swartz took copious notes and reported back accomplishments in other states by municipalities joined together in a common cause, further evidence to that such an alliance in the Garden State was a must.

The groundwork was laid at a meeting in Trenton and a League Committee for organizing such an alliance was formed, consisting of the mayors of Camden, Passaic, Plainfield and Trenton.

A bill was passed in the 1915 Legislature to "authorize municipalities in this State to join or to form and join an organization of municipalities for joint municipal action upon questions affecting the general welfare of such municipalities." This Bill became Chapter 163, Laws of 1915.

The League Organization Committee adopted a Constitution, and thus the New Jersey State League of Municipalities was created. At this meeting, representatives from 25 municipalities were present and an additional 26 sent in communications stating that they had adopted resolutions to become affiliated with the League. And thus, an organization to represent New Jersey's municipalities before the State Legislature, and provide them information and guidance on municipal administration and procedures had been created.

Given high priority on the list of the League's organizational objectives in 1915 was the creation of a research and information service which would provide authoritative, factual answers to members' questions on all aspects of municipal affairs. As a result, the Bureau of Municipal Information was established and soon was functioning in the League's first office - a small room in a wing of the ivy-covered Princeton University Library

The years have proved the Bureau to be one of the most valuable and popular services in the League program. From the beginning, municipal officials have relied on the Bureau's reference facilities to give them critically needed information and guidance. The Bureau's files are recognized as the most comprehensive single source of municipal information in the State. Officials of member municipalities know that contacting the League will bring a prompt response, and more than 2,000 inquiries are answered each year. In addition, the Bureau's staff members research and publish periodic special reports for distribution to member municipalities. Recent studies have included a survey of municipal salaries, license fees and building, zoning and subdivision fees. Other publications include informational handbooks, an analysis of the Optional Municipal Charter Law and Police and Fire Arbitration and Contract Trends.

The League's first conference was held as a one-day event, devoting its morning session to a business meeting while the afternoon portion consisted of addresses by three out-of-state municipal leaders. The League's Annual Conference currently boasts over 90 League lead educational sessions and over 80 affiliate programs. Sessions feature over 600 speakers, panelists and consultants during the event's three day period. In 2014 over 15,000 people attended the League's conference, which is currently the largest event of its kind in the United States.

This event has become a workshop and clearing house for the exchange of ideas on strengthening the structure of government. At these meetings regularly occurring problems are explored in depth. Speakers of note, authorities in their fields, contribute suggestions and relate the experience of municipalities in other states, often helpful in arriving at solutions.

For the first twenty years or so, League conferences were held in various cities around the State. By the late thirties, increasing hotel and meeting room requirements made Atlantic City, with its many accommodations, the most feasible location. Atlantic City has been home to the conference ever since, with the exception of the war years when coastline defense activities required a shift to New York City hotels.

Chapter 152 of the Laws of 1917, the Home Rule Act, was the first major piece of legislation emerging out of League influence to aid municipalities. The Act granted municipalities broader powers than they had ever possessed before to enact ordinances and regulations providing for public welfare and order. The Act still stands as one of the three major sources of authorization for local autonomy in New Jersey.

The first issue of New Jersey Municipalities was published. The League's leadership felt that a monthly magazine carrying news stories and articles on current governmental happenings in the State would provide an invaluable resource to local government officials and keep them knowledgeable about the changes occurring in their field.

The magazine is now circulated each month to over 7,558 local and state officials, as well as to libraries and research organizations. Its pages offer a balanced fare of articles on new laws, state and federal aid and assistance programs, successful local projects and related news items to whet every municipal reading appetite. Nearly all articles are written by New Jersey officials, who are well qualified to write with authority on their respective fields. 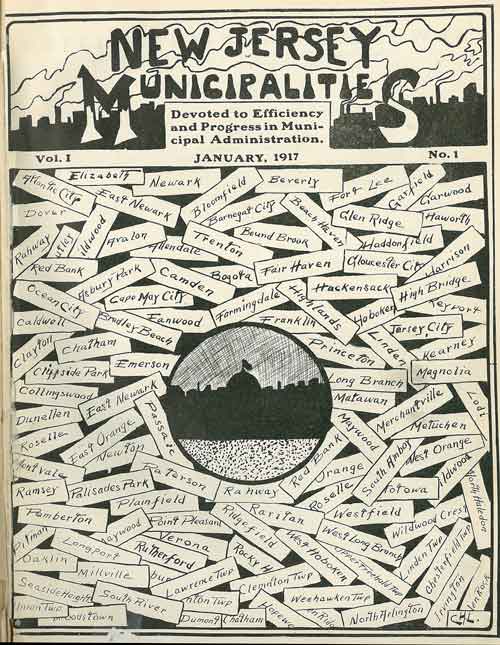 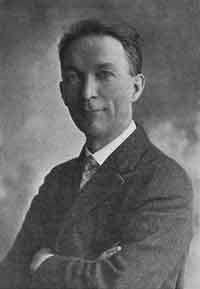 Homer Talbot becomes Executive Secretary* and serves the League until his resignation on June 16, 1920. Talbot resigned to take a position managing a newspaper in a Western city.