In 2017 NJ Municipalities magazine celebrated 100 years of publishing. For 100 years the League has published a monthly magazine to educate its local government membership allowing them to make better, more informed decisions for the benefits of their constituents.

Celebrating a Century of Information and New Ideas

"The magazine is one of the few programs and services the founders of the League had the foresight to consider as so critically important they incorporated it into the very structure of the League. We pause and reflect because, sometimes, we can take for granted the monthly treasure of information and new ideas it supplies while also keeping us connected with the stories of the real world of New Jersey local government."

"Today NJ Municipalities continues the mission of providing information and ideas that are uniquely suited to informing your [municipal] work in local government. Sometimes there is direct application through technical "how to" articles. Often the most valuable articles inform on the changing requirement for which local government is responsible." 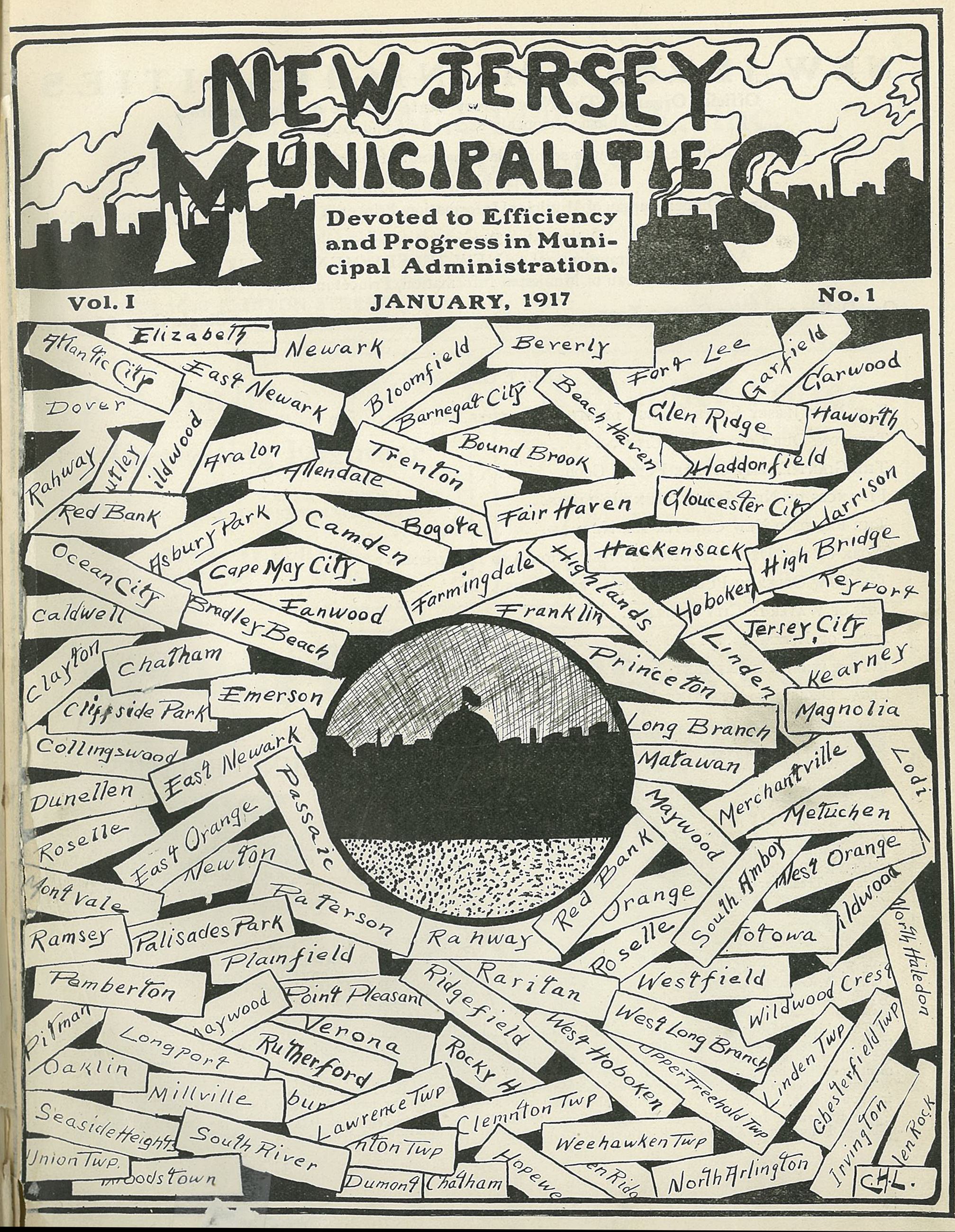 It is our pleasure to be able to share the very first edition of NJ Municipalities magazine!

Although the language may have changed and some of the topics have shifted to include today's amazing technological advances and huge population growth, you may be surprised to find that some of the issues so important in municipal government today were concerns shared by government workers a century ago! 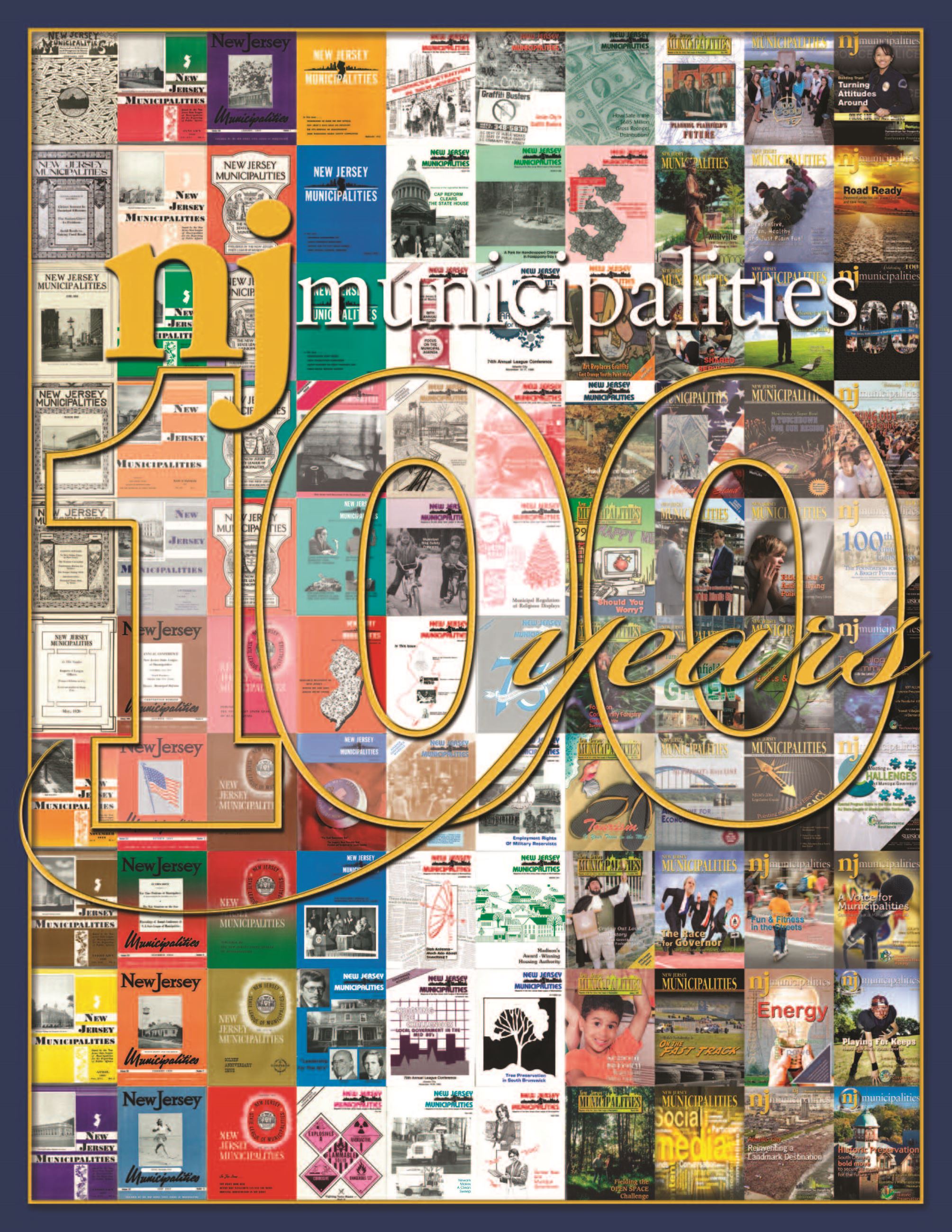 A commemorative piece was created in 2017 to highlight the magazine's first 100 years. It includes a look at NJ Municipalities articles by decade and an outline of the League staff responsible for assembling the magazine each month. View this piece of the magazine's history (PDF).

The May 2017 issue of NJ Municipalities highlighted the magazine's rich history,by featuring a collage of magazine covers on its front cover, and included an Anniversary Special, the commemorative piece (mentioned above) highlighting the magazine's rich history and the people responsible for working tirelessly to make each issue possible. The Anniversary Special also included Advertiser Spotlights, which highlighted some of the magazine's longest running advertisers, one of which had been advertising for 86 years! Without the support of its loyal advertisers, publishing the magazine would not be possible! View the May 2017 Issue (PDF).